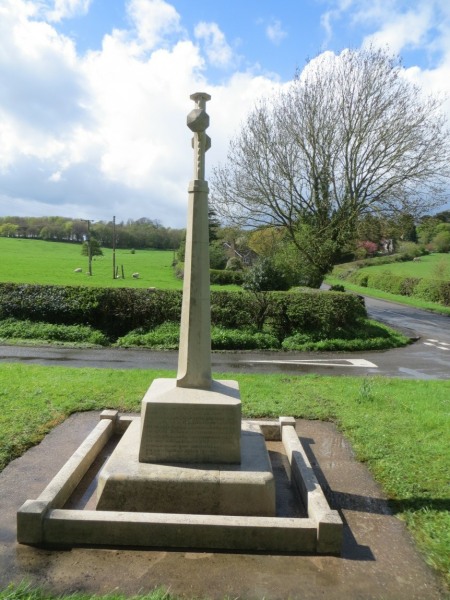 The War memorial is located at the junction of Ashby Road and Farm Town (just up from the school).

Funded by public subscription it was originally erected on Sunday 17 September 1922 in front of Coleorton Alms Houses at the junction of the Loughborough Road (A512) and the Rempstone Road. It was unveiled by Lieutenant Colonel RE Martin, CMG, and dedicated by the Coleorton rector, the Reverend JN Philpot.

The Memorial was designed and made by Robert Bridgeman and Sons of Lichfield and erected by a local mason, Edward Orton.

Following the Second World War, a dedication was added to commemorate the five men who fell in that conflict.

During the 1970s the memorial was hit by a lorry and suffered significant damage. It was taken away to be repaired and was relocated some 3 years later in its current position on the Ashby Road.

"Coleorton WW1 Roll of Honour" compiled by Terry Ward of the Heritage Group was published in St Mary's Parish Magazine in December 2018. It is a listing of soldiers from the Coleorton area who served in WW1. These also include names not on the Coleorton War memorial for various reasons and names of those who served and survived. Read here >>.

Cleaning and repairing in 2018 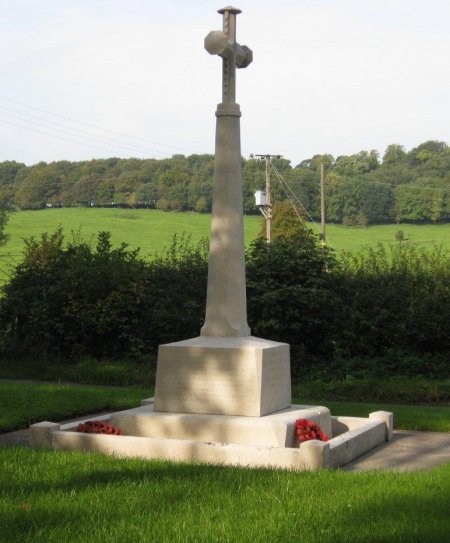 On 24 May 2018 the memorial was cleaned to remove the lichen and algae staining since the last repair and clean in September 2010. It is now possible to read all of the names, although some are a little blurry. The cleaning was undertaken by Barham Stone Limited, Market Harborough, and aided by a grant from The War Memorial Trust. 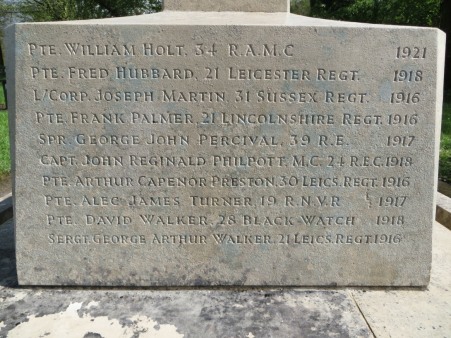 On Sunday 11 November 2018 following the Remembrance Day Service at Viscount Beaumont School a service was held at the War Memorial. Andrew Hogsden, Coleorton parish clerk, read out the names of the fallen who lived in Coleorton and laid a wreath on behalf of Coleorton parishioners.

On the following Wednesday the children at Viscount Beaumont's School took part in a memorial service at the War Memorial. Children read out a poem, Rev Mary led prayers and 80 plus 5-11 year-olds stood in respectful silence for 2 minutes.

Back at the School we saw some of the pupils' work about WW1, the effects of war and how we can try to achieve peace, and we visited their "Peace Garden". They sang songs from the war years and more recent ballads. Then we all had tea and cakes supplied by Vera McDonald and her team!

In October 2018 the Coleorton and New Lount Volunteer Group have built a new Memorial Bench to replace the old one by the War Memorial which was sadly falling apart. The Group made the bench during their workshop sessions at Sibston. It's a beautiful job - well done and thank you guys and gals!
About the Volunteer Group >> 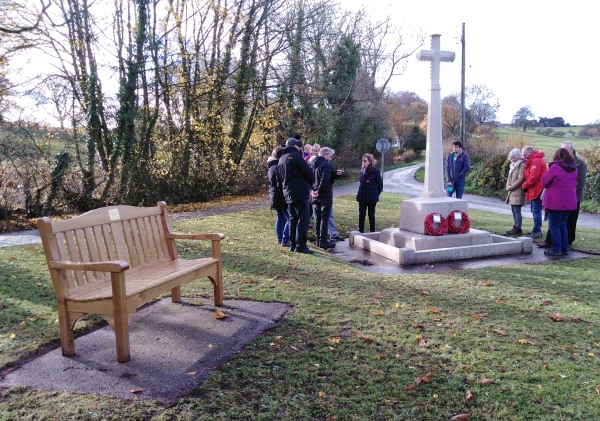