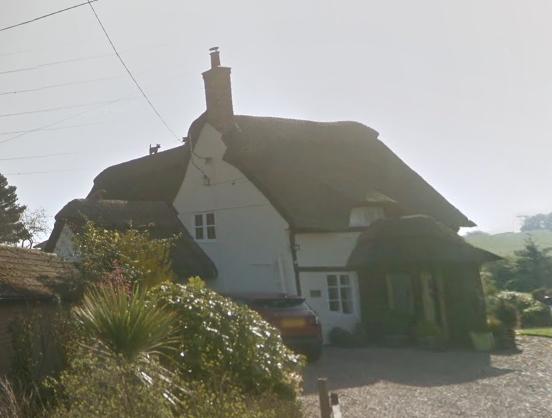 Originally built around 1600, believed to have been the gamekeeper’s cottage for the Beaumont Estate. It's a Grade II listed: see Historic England entry 1177208 >>

It's the last remaining thatched cottage in Coleorton. The thatched roof has been well cared for and regularly renewed. It now has some interesting ornaments - small dogs - woven into the thatched ridge. Appropriate as the current owners run a dog grooming business from the cottage.

The Thatches used to be called "Ivy Cottage" when the Stewart family lived there in the early 1900s and before that was named "Marsons Cottage". Charlie Marson was a nail maker who had a workshop in the Woolrooms.

Samuel Stewart Jnr married Charlie Marson's daughter Ada and lived with their family in Pottery Row by Coleorton Pottery (near Lount). They moved to his parents' cottage in Stoney Lane when his father died and lived there from early 1900s till 1960 and at some point renamed the cottage "Ivy Cottage". Samuel Stewart is seen below outside the cottage. It was sold in 1960 for £875.

More about The Thatches >> (article in St Mary's magazine) 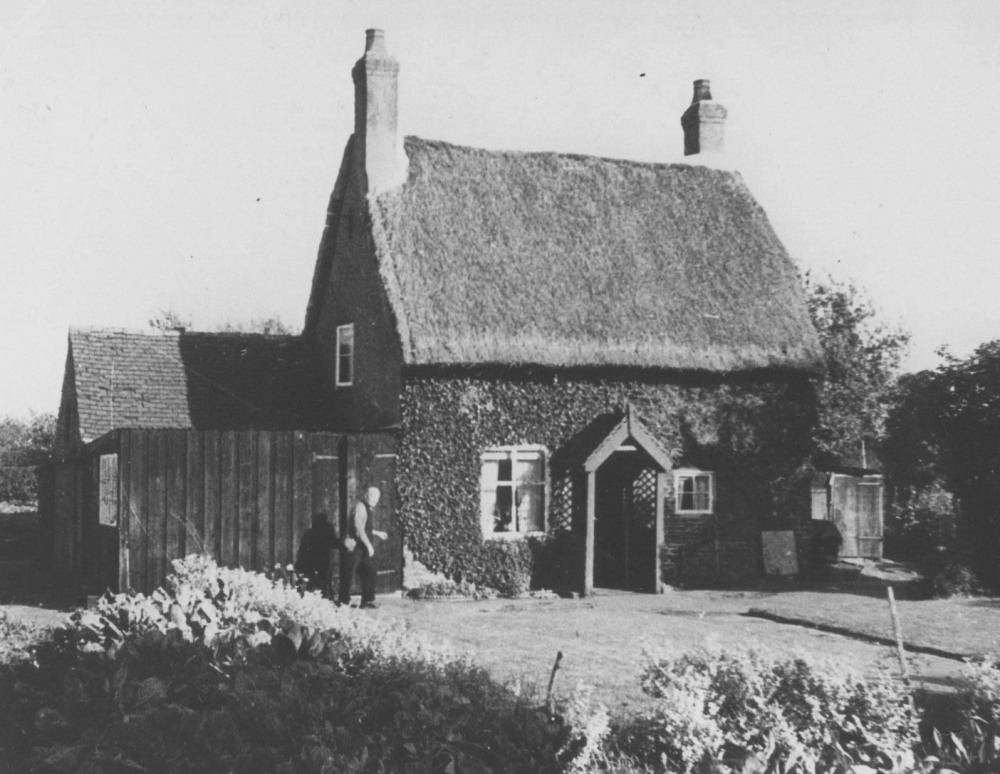 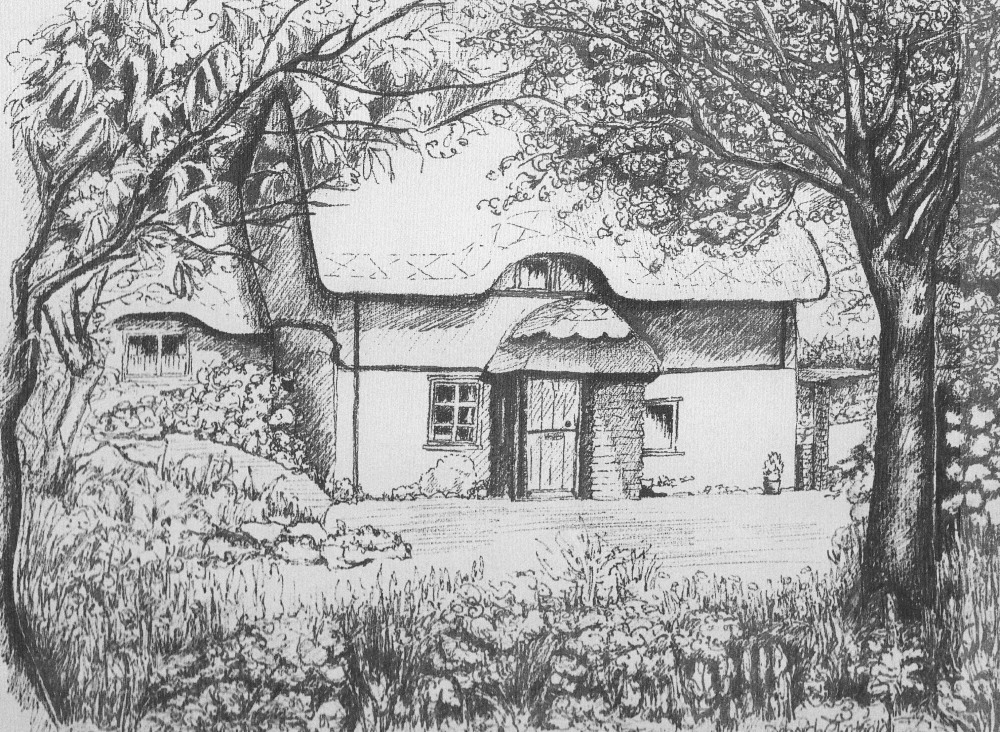 Drawing of The Thatches by the daughter of a previous resident.