The Laurels, 153 The Moor, Coleorton

The story of this property begins in 1920 when Sir George Arthur Hamilton Beaumont (11th Baronet) agreed the sale of land and buildings situated on Pit Lane and The Moor to Mr. George Hibbert (grazier) of Coleorton. The land was sold for the sum of £1100, but was subject to certain retained rights. In particular, Sir George retained the underground mineral rights and the right for four years after the date of the sale to enter on to the land together with his servants in pursuit of game. The sale was also subject to the right of Mary Adeliza Cuthbert and her heirs to draw water from a well on the land. The land sold corresponded to the then ordnance survey plots 491 (house, buildings, garden), 488, 494, 512 (pasture) and 511 (gardens) comprising a total of 8.875 acres "or thereabouts". George Hibbert made this purchase with the aid of a mortgage for £900 provided by Mr Joseph Thomas Ward (no relation) of Victoria Street, Melbourne whose occupation was described as "gentleman".

In 1925, part of the land facing on to The Moor was sold by George Hibbert to Isaac Frettsome (engine driver) of Coleorton for the sum £66 12s for erection of a dwelling (this was later to become The Laurels). Clearly George Hibbert was selling this land to reduce his mortgage debt, since it was agreed that £66 of the purchase price would be paid to his mortgagee Joseph Thomas Ward. Interestingly, previous to this transaction an adjacent building plot had already been sold to my great uncle John (Jack) Platts and is the present site of ‘Ranmoor’ at 157 The Moor. Curiously, there is no 155 The Moor! The house that Isaac Frettsome built is of slightly unusual construction, in that the ground floor is cavity wall and the first floor is 9 inch solid brickwork. The foundations were of stepped brickwork rather than the concrete used today. Externally, the first floor was rough rendered while the ground floor was finished in Staffordshire brindle bricks identical to those used on Coalville Clock Tower, these are extremely hard. Unfortunately later owners covered this attractive brindle brick with Tyrolean render. Originally the house comprised kitchen, pantry, living room and bathroom on the ground floor and three bedrooms to the first floor with external privy in the garden. The property was extended in around 1974 and again by the present owners in 2010.The house has reputedly never been subject to coal mining subsidence because of a fault in the coal seam which precluded mining below it.

Owners Past and Present:

Isaac Frettsome 1925-1954
The cost of the land was £66 12s and the building costs were financed by a mortgage of £475 from the Coalville Building Society in 1927. According to the 1939 Register the occupants in that year were: Isaac Frettsome, born 20.02.1878 and described as a colliery loco driver, his wife Amelia Frettsome , born 16.01.1879 and William Hartshorne, born 18.03.1865 and described as a retired coal hewer. Williams relationship to the other household members is not stated.

Thomas Graham Lord and Hilda Lord 1954-1997
Thomas Lord was a hardware salesman at the time of purchase and moved from the Woolrooms, Coleorton. The house was purchased for £1750. During this time a rear extension to incorporate a dining room and upstairs bathroom was added together with indoor flushing toilets to replace the outside chemical toilet. Thomas Lord died in 1983 and Hilda was later stricken by Parkinson’s disease. At this time the house was notable for a large monkey puzzle tree which stood in the front garden, but has since been felled. From correspondence with Hilda and her daughter it is obvious that this was a much loved home.

Trevor Ernest Thomas and Angela Thomas 1997-2001
Further modernisation was carried out at this time.

Terence Ward and Shaelyn Ward 2001 to present
At the time of our purchase the house name had been changed to ‘Woodbine Cottage’ but is now restored to its original historic name. A single storey side extension was added to the left of the building in 2009 to accommodate a study and entrance hall. 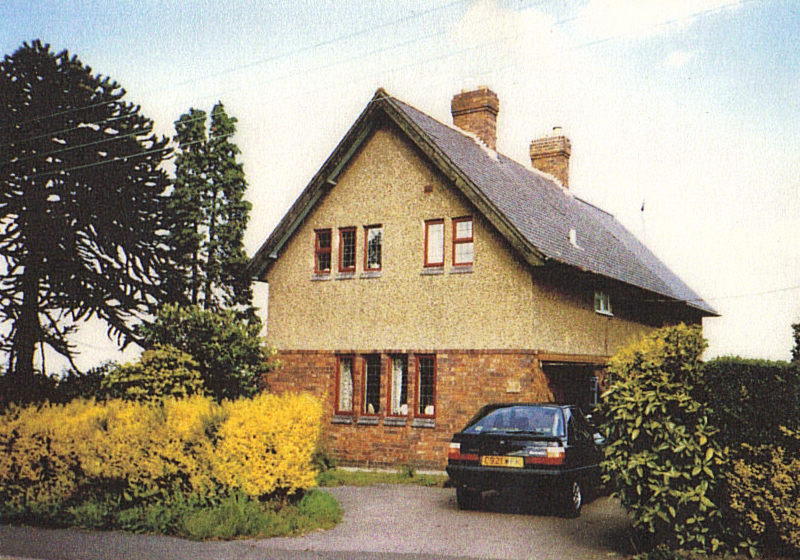 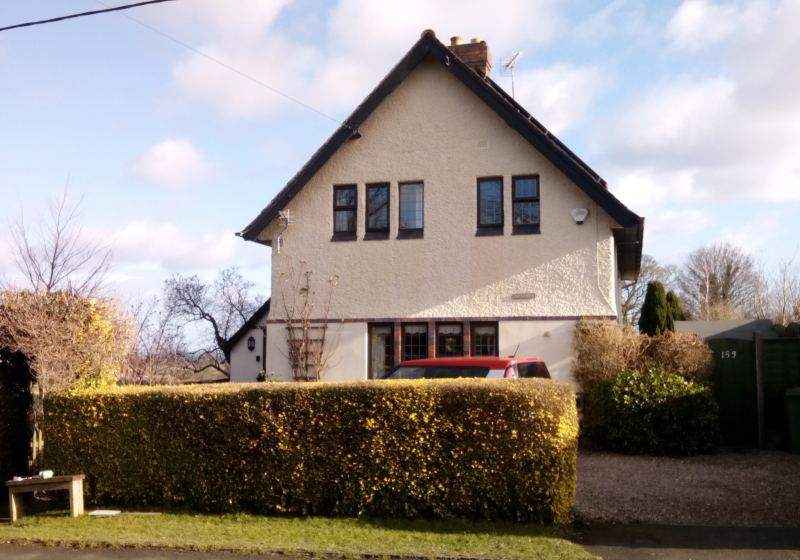