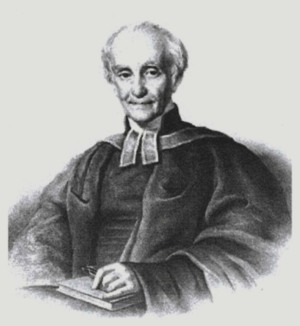 St Mary The Virgin Church in Coleorton has many treasures, including one of the country’s finest stained glass windows which let beautiful coloured light into the church. The east window, with scenes from the life of Jesus, was donated by Charles Merewether in memory of his father, Rev Francis Merewether. At the western end of the north wall is the stained glass window given as a memorial to Rev. Merewether by the people of the Parish. His widow gave the west end window, on the south side, in his memory. In a recent visit to the church one of its congregation, noticed their beauty and became curious about Rev. Francis Merewether. Why are there windows in his memory? Who was he; what did he do? What was Coleorton like during this time?

In William White’s 1846 History, Gazeteer & Directory of Leicestershire, Coleorton is described as:

A scattered village, in 3 portions, called Old Town, Church Town and Farm Town. Its parish contains 2000 acres of land, and had 848 inhabitants in 1831; but they were reduced to 601 in 1841, owing chiefly to the demolition of 35 cottages, in consequence of the exhaustion of a colliery … the principle pits now in adjoining parishes. The Leicester & Swannington Railway traverses the eastern side of the parish; and Ashby & Loughborough Road bounds the park and pleasure grounds of Coleorton Hall, the seat of Sir George Howland Beaumont, Bart, built in 1805. It is an elegant stone mansion, with a massive Doric portico, and stands on an eminence with the finely wooded park, commanding extensive prospects. … Great as are the improvements that have been made in the immediate vicinity of the Hall, those on other parts of the estate are not less striking. The numerous clay and slack banks which have been thrown up in various parts of the parish, where coalmines have been worked, have been covered with plantations and coppices now in thriving condition… the church (St Mary) has a tower, containing 6 bells and is crowned by a spire … the living is a Rectory, valued in KB (when it was built in 1816) at £10.6s.0½d., and in 1831 at £269. Sir George Howland Beaumont is patron and the Rev. Francis Merewether, M.A, is the incumbent.

Francis Merewether was the son of Henry Merewether, a wealthy landowner of Castlefield near Calne in Wiltshire. He and his also well known older brother, Henry Alsworth Merewether (1780 to 1864) were educated at Reading Grammar School, under Richard Valpy, and then Eton College, under Dr. Heath. Francis gained a BA at Christ College Oxford, and an MA at St John’s College, Cambridge and was ordained as a priest in 1808.

His older brother, Henry, was called to the bar after university and was created sergeant at law in 1827. He became King’s Counsel in 1853 and attorney-general to Adelaide, Queen dowager after the death of her husband, William IV and during the reign of her niece Queen Victoria. Queen Adelaide made many visits to Leicestershire and several places were named after her.

Like his brother, Francis was a man of drive, vitality, zeal and opinion. They were both authors. During his lifetime Francis wrote a number of pamphlets and papers: Thoughts on the Present State of Popular Opinions in Matters of Religion in England was a paper he wrote in 1824. He also wrote many letters, a number to Benjamin Disraeli MP on such subjects as the Roman Catholic Question, Truth and Charity, the Duties of the Nobility and Gentry towards the Church … and his book The Case between Church and Dissenter is still read and considered today. E.G. Mitchell, in his publication Sir George Beaumont, explains that Francis Merewether was a zealous upholder of all the privileges and rights of the established church against the secular and religious bodies who sought to infringe them.

Whilst getting to know Rev. Francis Merewether in Haverhill, Sir George and his wife Lady Margaret Beaumont (daughter of John Willes, MP) had made Coleorton their principal residence and were settling into their new hall in Coleorton, built between 1804 & 1808, designed by the London architect Charles Dance the Younger … and they were in the process of designing and laying out their gardens and grounds.

When the 60 year old Sir George Beaumont presented Rev. Merewether with the living in Coleorton in 1815, did he foresee, as with his prodigies in the art world, that this enthusiastic, eager young man, passionate in his beliefs, would be a great asset for Coleorton, its parish and community?

The new Rector at Coleorton >>