Railways were built to get the coal from the Coleorton mines to Leicester and other conurbations. Horse and wagons were just not up to the increase in output and demand.

The Coleorton Tramway was a horse drawn railway transporting coal from mines in the Lount and Newbold area to Swannington for onward dispatch by the Leicester and Swannington Railway. It was was opened in 1833 to extend the Leicester-Swannington railway from the base of the Swannington incline to mines in Newbold and Lount. It used 4'8½" gauge edgerail and horse-drawn wagons.

The tunnel ran under the Peggs Green roundabout on the A512 Ashby-Loughborough Road.

After closure of railway the tunnel was used for several different purposes, including as a rifle range.

This information taken from an article by Bill Pemberton in the Leicestershire Industrial History Society Spring 2018 newsletter >> which contains details of other tunnels including Newbold. 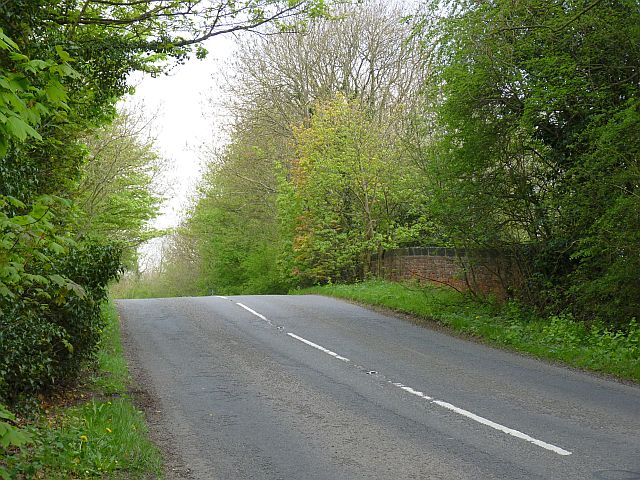 Bridge MJS2/39 takes the road from Melbourne to Coleorton over the closed Ashby de la Zouch to Derby branch railway, built by the Midland railway in 1874 and closed in 1968.
© Copyright Richard Green and licensed for reuse under Creative Commons Licence.

John Blunt remembers walking in the woods with his father near bridge No MJS2/39 on Melbourne Road and tells us about it's history. Bridging the Line. 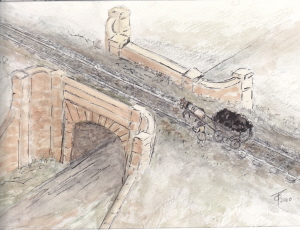 Coleorton Railway bridge passing over Aqueduct Road. The railway was used for transporting coal using horses and mules to pull the wagons. The bridge has been removed but the embankments can still be seen. More >>

The railways & tramways were built to improve transport of coal from various mines in and around Coleorton.
Read more on the Coleorton Mining page >>

Before the railways coal and other goods were moved by road.
Coleorton Highways >>

The Impact of the Railway on Society in Britain: Book by A. K. B. Evans and J.V. Gough has a good section on Coleorton and Ashby Railways. Read summary, buy book or ebook