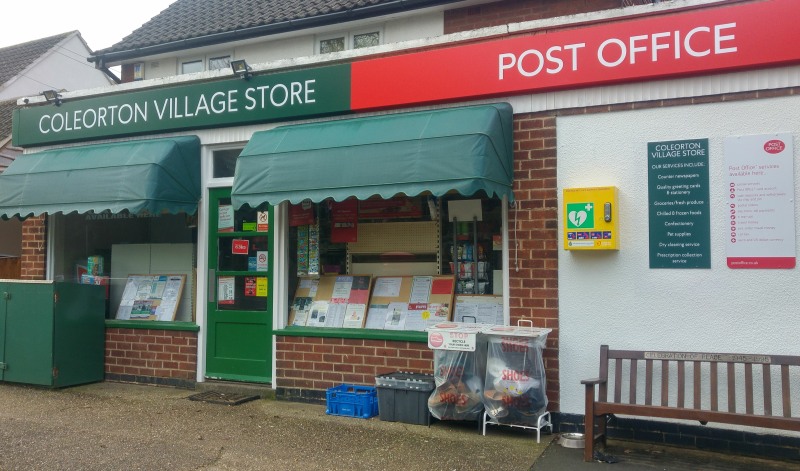 The earliest reference to a Post Office in Coleorton occurs in William White's 1863 'History Gazetteer, and Directory of the Counties of Leicester and Rutland', when Francis Doman is recorded as Postmaster and shopkeeper in Rotten Row - which is now Lower Moor Road. Strictly speaking this area was in Thringstone Parish not Coleorton, but was incorporated into Coleorton Parish in 1884. Prior to this time Coleorton was served by the Post Office in Ashby. The 1881 Kelly’s Directory names Joseph Bott as Postmaster in Rotten Row.

In the first half of the 20th Century Hetty Kendrick ran the Post Office, which at that time was located a couple of doors up from the later new Post Office building (see below). Hetty sold groceries and sweets as well and had one of the few telephones in Coleorton which was used by locals in emergencies, although Hetty insisted on making the calls herself rather than allowing the public to do it! Following Hetty’s death in 1954 the Post office was taken over by Sid and Gladys Pitchford who had the new purpose-built shop and house built which we all remember. In the 1970s they sold to the Frazer family who were succeeded by Tony and Eileen Goodband. In 2002 they were robbed and injured during an armed day-time assault. Our most recent postmistresses - the Kaurs - had a similar frightening experience a few years ago. Tony and Eileen decided to sell and were given a surprise party by local residents.

Stella and Richard Lucas were the next incumbents. They built up a very successful Post Office business and were very popular with villagers. While waiting in the queue for people from Coalville and Newbold to mail sacks of parcels (lots of eBay-ers) villagers were happy to chat and keep up with the local news. There were notices and ads posted on the window.

When Stella and Richard moved to Yorkshire in 2015 to be near their family Suki and Sharna Kaur took over. Re-branding the shop as “Coleorton Village Store and Post Office” they extended their range to include locally produced pies, bread and chutneys, and Grand-dad Maja held court and entertained (all the ladies got a kiss!). However, the effect of the robbery and the difficulties with Covid took its toll, and just before Christmas last year they closed the business leaving the "Farm shop" in Gelsmoor as the last shop in Coleorton. That too closed in March, so Coleorton now has no retail shops, making the village essentially “unsustainable” in council planning terms. 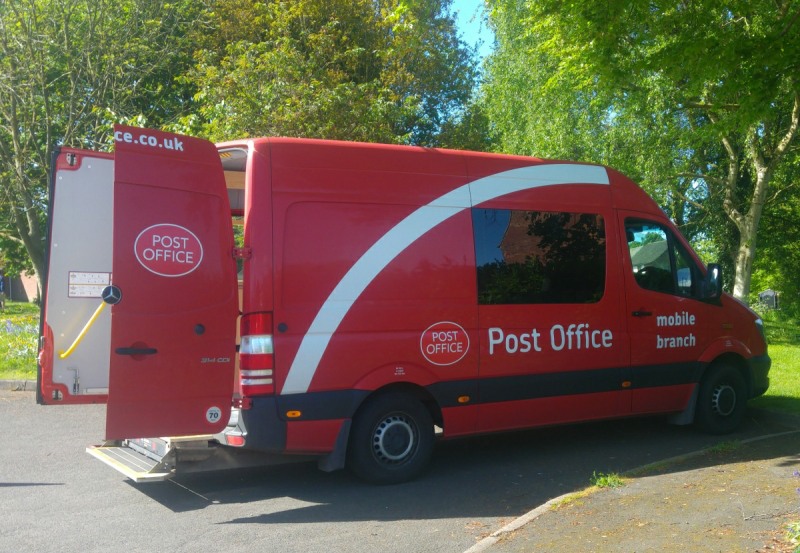 For now we have a Mobile Post office van which visits Beaumont Green on Tuesday mornings between 9.30 and 10.30. Run by a very helpful and pleasant Postmaster and still a place to meet others and have a natter while queuing – but not quite the same.

Reminiscences taken from the "Memories of Coleorton book". 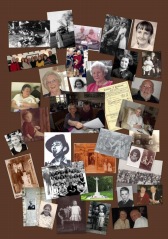 Coleorton Heritage Group has published an updated edition of the book "Memories of Coleorton - Reminiscences of the Residents" first published in November 2015. Local residents relate their memories of childhood and growing up in Coleorton.