Coal mining has taken place in Coleorton since medieval times and provided economic wealth for the landowners and paid occupation for the working population.

In early times coal was obtained from holes dug straight down to reach the seam and then excavated in a "bell" shape below until it became unsafe. Then another shaft was dug nearby and the spoil from that used to fill in the first hole. This resulted in circular patterns in the ground which can still be seen around Coleorton and nearby Swannington. Typically the coal was hewn down in the pit by women and youngsters with the men staying at the top to winch up baskets full of coal and the tired family members at the end of the day.

Later this was replaced with Ginns turned by horses. The Ginn Stables were where the horses were lodged during shifts.

The naming of local mines is an interesting topic. A colliery may have had more than one name; often, although a mine had an official name, it was commonly known by a local name within mining families and communities. The names were acquired for historic or local reasons. It was the custom of the time to name pits after contemporary events.

Coleorton's Number 1 mine was known as California Pit because it opened at the time of the Californian gold rush.

Coleorton's Number 2 mine was known by three names .. Windmill probably because of its situation near one of the local mills that existed in the area at the time, near to where Hough Mill stands today, Alabama because in 1864 the US Navy sank the CSS Alabama off the coast of France.

Coleorton's Number 3 mine was also known by three names. One of these, the Bug & Wink, might have originated as a result of the colliery management being cunning in their skill of humbug and hoodwinking when negotiating wages with the miners! Rev. Eager, in his book about Coleorton, wrote that in the old days the pit was known as "The Bread & Herring" so badly were the miners paid. Tom Brooks worked as a collier, as did his father and he recalled that it was also called Checklands Colliery as all the wagons had this name on them. G. Checkland & Co. already operated a mine in Donisthorpe and developed the one in Coleorton in 1875.

This pit operated from 1875 to 1933. The site is now redeveloped as Coleorton Wood owned and managed by Coleorton Parish and the Coleorton & New Lount Volunteer Group and as part of the National Forest.

New Lount Colliery closed in 1968 but was kept open till the 1970s for pumping out water from the shafts.

The site has been turned into a Nature Reserve managed by NWLDC rangers and Coleorton & New Lount Volunteer Group.

You can see from the Census figures how many people worked in the mines during the 19th century. The last deep mine at New Lount closed in 1968. Opencast mining continued at the Lounge site near J13 of the A42 at Ashby until 1990.

Fatalities in the mines

Mining was a most dangerous occupation and fatalities and death no respecter of age or status. The devastation to their families left behind was awful see Gwen Milnes story of the Richards family. List of fatalities in Coleorton mines available from Samuel T. Stewart's book, pdf available for download at his history books website >>

Employment of women and children

Back in the bell pit days mining was often a family affair. The man of the house would lower his wife and children into the pit where they would excavate coal as far as it was safe and fill baskets with coal for the men to pull up. Without any machines or engines the men were the ones strong enough to haul up the coal - and their families - at the end of the shift. Not particularly nice, but not as horrific as the conditions in the commercial underground mines that were common in the 18th and 19th centuries.

Children, girls and boys worked alongside their parents in dark, dirty, dangerous and hot conditions. Women also worked, pulling trucks full of coal in low-ceilinged tunnels uphill to the exit. They were frequently unclothed.

In 1842 a commission headed by Lord Anthony Ashley-Cooper, 7th Earl of Shaftesbury did a thorough review of working conditions of children in mines. When published its findings horrified the Victorian public and the Mines & Collieries Act 1842 was passed. This set out strict rules for employment of women and children by collieries:

Accidents were frequent and devastating to the miner and their families who relied on their income. Read Elaine oldham's article - Memories of mining accidents.

More about mining in Coleorton 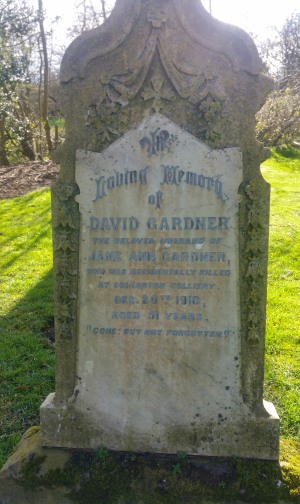 David Gardner was killed at the Bug & Wink on 29 December 1910 and is buried at St George's Church, Peggs Green