Saturday the 16th of June was an extremely wet, windy and dismal day until a large part of Coleorton turned out to celebrate the Queens Diamond Jubilee. What turned out to be a fantastic day started at 1pm when most of the village children and their parents arrived at the Kings Arms, dressed as Kings and Queens or in 1952's fashion and wheeling their decorated bikes and scooters. Handed out Kazoos brought atmosphere and noise to the parade which seemed to stretch the length of The Moor. Many houses along The Moor had been decorated and residents braved the weather to watch the parade pass.

It took quite some time for the end of the parade to reach the school and it had also encouraged many people to attend the School Summer Fair. Many local groups had display boards and information at the Fair. What seems to have been a delight to so many people who could not attend the celebrations was the effort of Tim Aggas to deliver celebration teas to their homes. They all seemed pleased to see him and we hope they enjoyed their tea. One of the many comments we have received said "I would like to thank you for the 'meals on wheels'. I visited my parents after the event to deliver their winnings from the Summer Fair and there they were tucking into their Jubilee Tea which had been very thoughtfully delivered."

Unfortunately due to the weather we decided to abandon our planned games and this meant that people staying for the tea had to wait around for a while for us to reorganise tables and set out food. The WI worked miracles coordinating this part in the proceedings and soon everyone could sit down for their tea. We just managed to squeeze everyone either in the hall or the gazebos which had been erected outside. The atmosphere and community spirit at the tea was fantastic with the swing band playing Glenn miller etc. We must thank all the people who baked cakes and prepared sandwiches and there was plenty of food for all. What was left over at the end did not go to waste. The sandwiches and some cakes were given to the hardy souls who camped overnight on the School field. Some cakes fed the 1st Swannington Guides & Brownies at Willesley and the remainder were sold at School on Monday afternoon and raised an extra £45 for the PTFA.

We have received many e-mails and comments from all parts of the community saying how much they enjoyed the day and how great it was to feel the community spirit. It was also very good for all the groups and organisations to work together to help arrange the successful event. We hope that this collaboration will continue and that we can maintain the sense of community that has been initiated by this event. 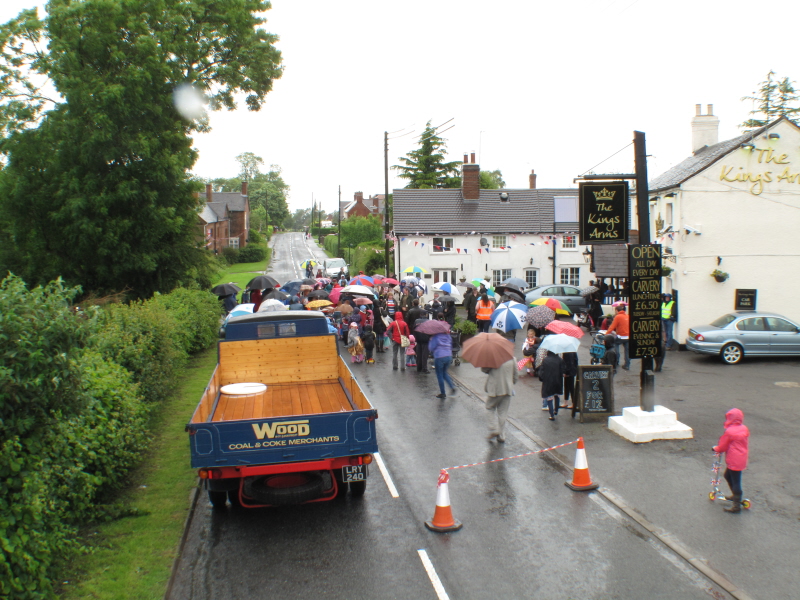 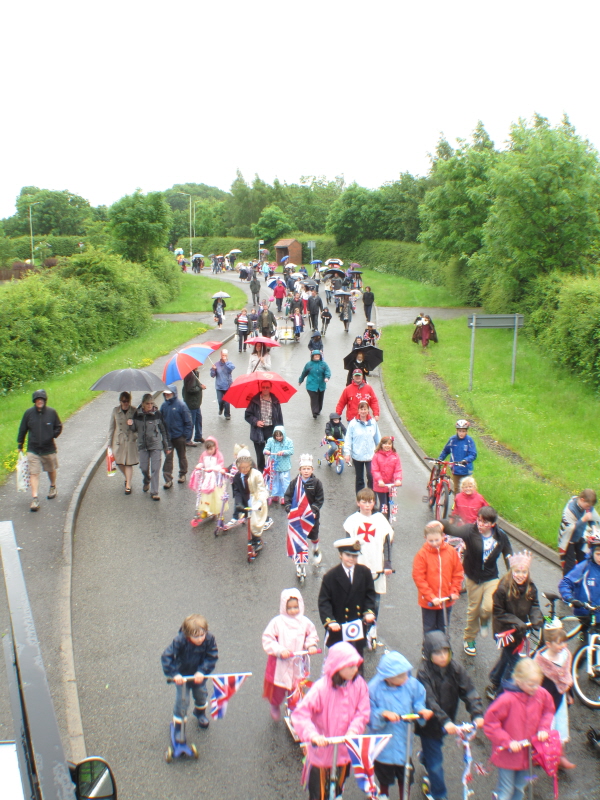 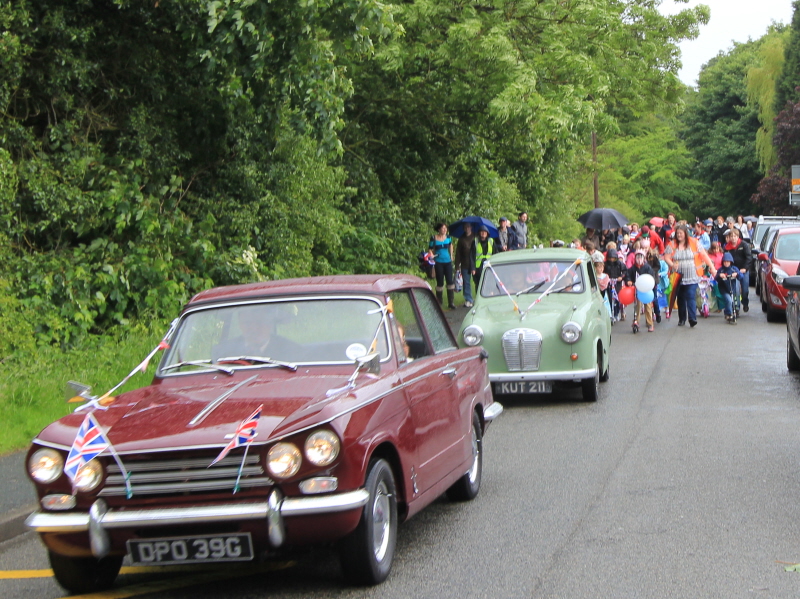 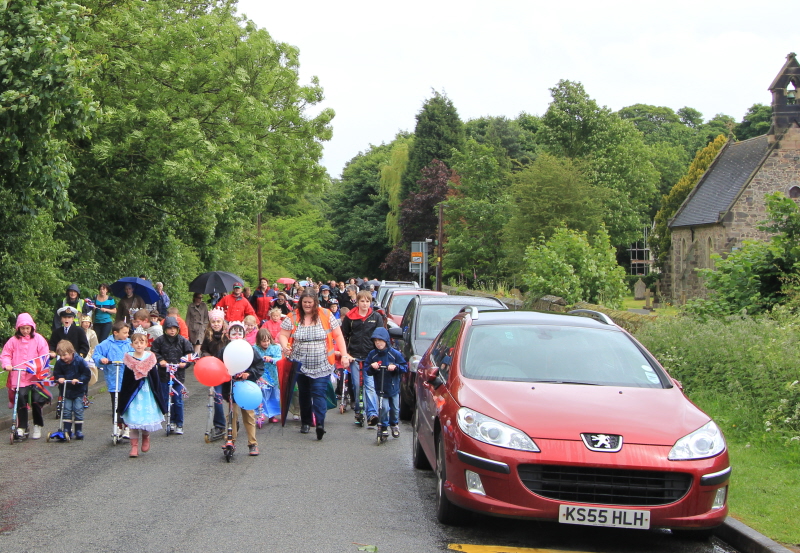 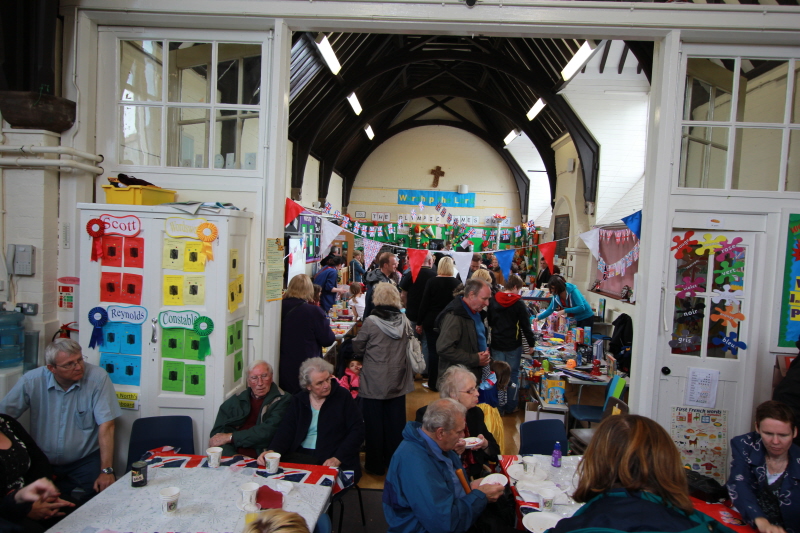 Jubilee tea at Viscount Beaumont School provided by the W.I.