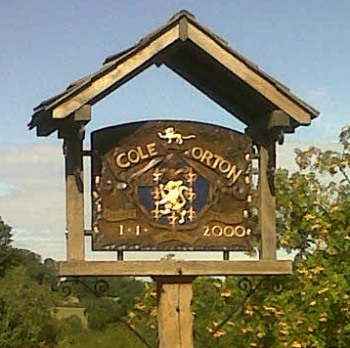 How Women influenced the Coleorton Beaumonts

Coleorton and The Beaumonts are almost synonymous in our local heritage and typically the Beaumonts we celebrate are men like Huntingdon Beaumont the mining engineer, the 3rd Viscount of Swords who endowed the first Coleorton School and George Beaumont the great patron of the arts who helped set up the National Gallery. But as the saying goes, behind every great man there is a great woman, and looking more closely at history we see the same is true for Coleorton.

How the Beaumonts got to be Lords of Coleorton Manor

It was a woman - Philippa, or Philippina, Maureward.

Philippa was born around 1391 in Coleorton. She was the only daughter and heir of Thomas Maureward, a prominent soldier and MP for Leicestershire, who owned large tracts of land in Leicestershire including Coleorton. Her mother was Elizabeth Oddingseles who had title of lands in Oxfordshire from her family and an earlier marriage. The Maurewards became Lords of the Manor of Coleorton in 1230 which included 540 acres of farmland, 300 acres of woodland, St Mary’s Church and around 16 households.

In 1426 her father died and she inherited Coleorton Manor absolutely to be passed on to her children. The Beaumont family have been associated with Coleorton from that time.

Why were the Coleorton Beaumonts Baronets of Stoughton Grange?

A couple of years ago we had a visit from Francesca Beaumont-Clarke who is the daughter of the last (12th) Baronet Beaumont. She and her twin sister were his only children and so the baronetcy ceased. But, she explained, her father had not been Baronet of Coleorton – but the 12th Baronet of Stoughton Grange.

However he died without children and so the Coleorton baronetcy ceased and the Coleorton estates were inherited by his closest Beaumont relatives who were the Baronets of Stoughton Grange, at this time living in Dunmow, Essex.

Coleorton stayed within the Beaumont family until 1948, but the line of succession was not always straightforward and Coleorton Hall was not always occupied by Beaumonts being frequently sub-let or managed by other families.

More about the Beaumonts: