Daffodils on the A512 Every year we are greeted with the glorious sight of daffodils in the grass verges where Lower Moor Road and The Moor join the A512. They are the first signs that Spring is on the way and really cheer us up during the last cold, grey days of winter.

They were planted by the children and parents of Viscount Beaumont's School with some help from the Coleorton Parish Council and W.I. who bought the bulbs. Erica Smith who was a teacher at the School for many years remembers that the Council also helped with provision of a mechanical digger.

We're so grateful to all the people concerned with this project which has brought cheer to us all every Spring.

Some years the daffodils flower really early. They are obviously an early-flowering variety, and in 2014/2015 they were even starting to flower at the end of December!

Wordsworth wrote his poem "I wandered lonely as a cloud.." in 1807. Was he influenced by other daffodils he saw growing around Coleorton then as well as the lovely Lake District?

The photo above was taken on 17th February 2021. The one below on 31st January when they were just peeping through. 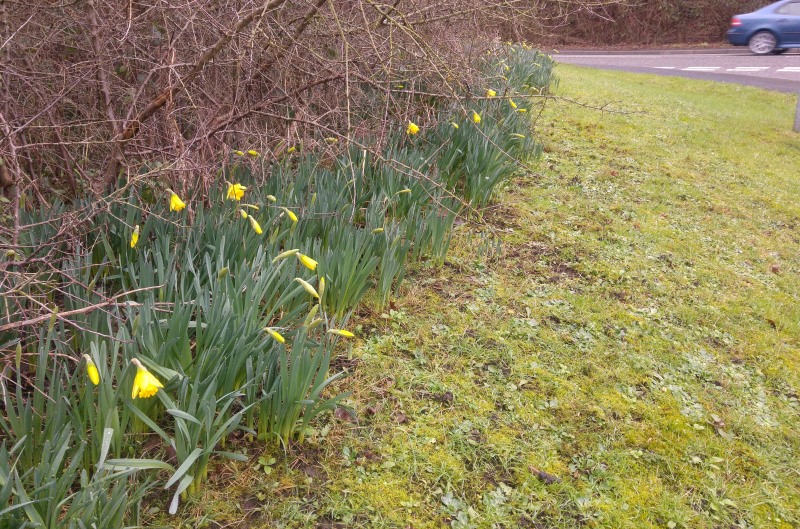 Here are some photos of daffodils in previous years: 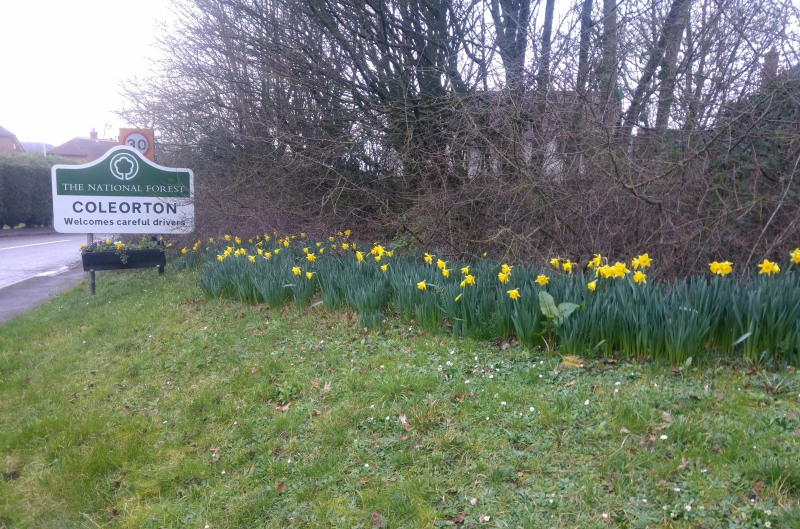 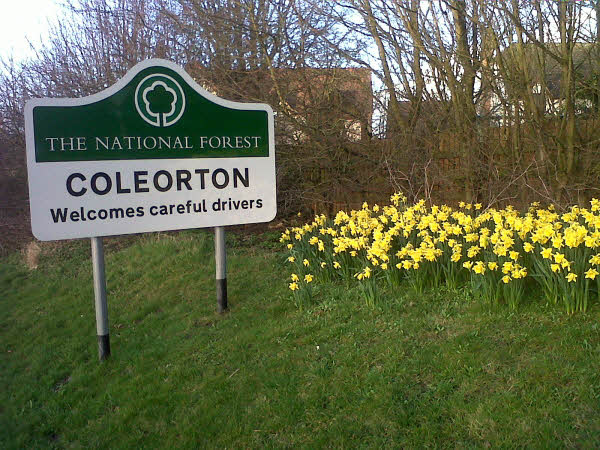