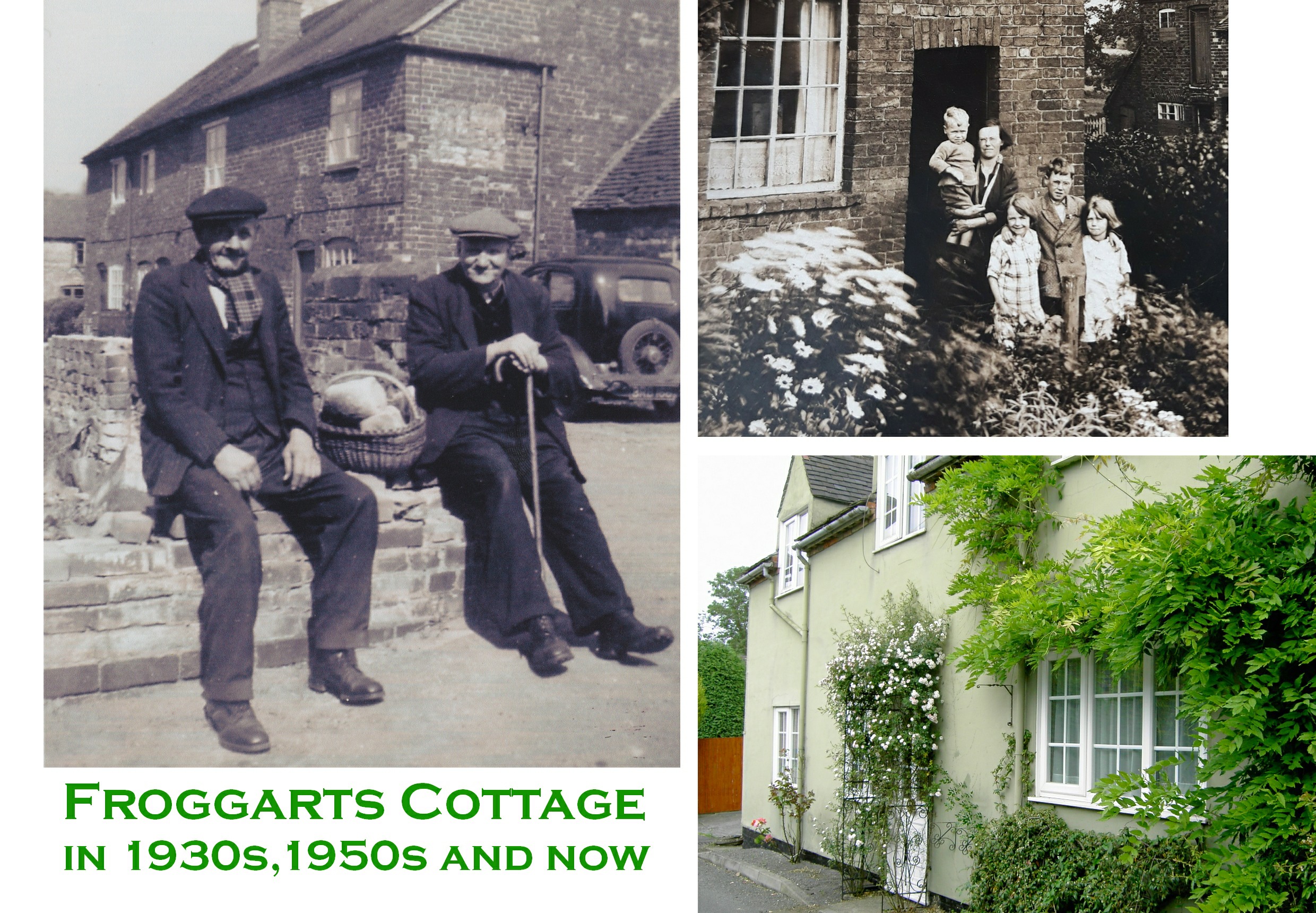 Froggarts Cottage was originally 4 dwellings, typical of cottages in Coleorton, they were constructed of brick and tile and were small - 2-up, 2-down. They were built in 1860 by the Kidger family who lived in the big White House opposite and the butchers and abattoir business at the side (Now yew tree House and Yew tree Barn). The cottages may have been intended to provide a rental income for the family after the Paggs Green mine, in which Mr Kidger was a pertner, went into liquidation.

The black-and-white photo shows two local gentlemen with their purchase of bread from the Richards bakery. Froggarts Cottage, previously known as Kidgers Row or The Terrace, is behind.

The family photo is taken at the rear of the end cottage. They are the Elliott family who later moved up to the Moor.