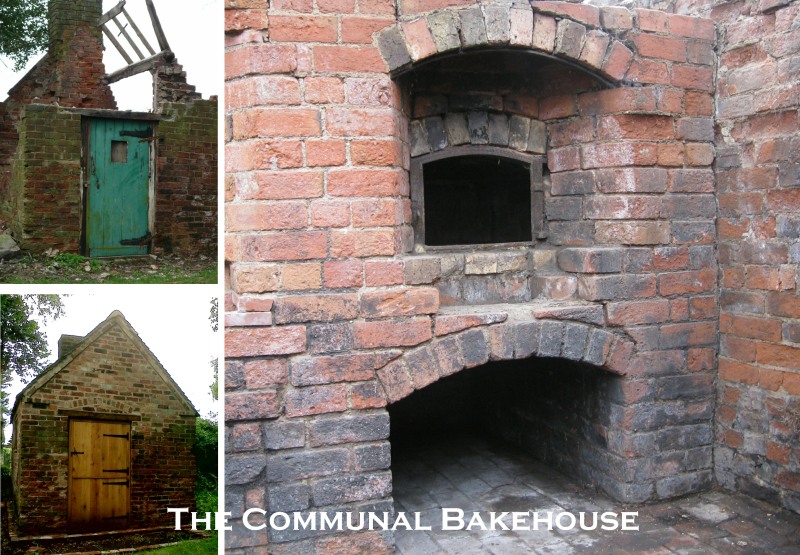 The Communal Bakehouse is located on The Moor, on the stretch between The Angel and Pitt Lane. The building which beacme the Communal Bakehouse is located has a history which goes back much further than the ovens themselves. The construction of the building, with one wall in single brick and the others of double brick, and the age of the timbers, suggests that it may have started life as a gunpowder store for the local mines. At one time miners were responsible for purchasing gunpowder for use in blasting. There were a number of powder stores in the area, which would have been redundant after safer dynamite became in more general use after 1867.

In December of 2010 during the very bad weather the roof collapsed taking out a large part of the South Wall and the Gable of the East Wall. The Coleorton 2000 Committee (which became the Coleorton Heritage Group) led by Mike Cox, undertook the restoration of the building and through the following year the volunteers gradually took the old bakehouse from a ruin to a viable structure.

More about the Bakehouse, history and restoration >>

In 2019 Vena Jaques transferred the ownership of the Communal Bakehouse which stood in her garden to the Parish Council. This has secured the Bakehouse for the residents of Coleorton. The Parish Council and the Heritage Group have now embarked on a programme of further restoration and improving access. See the improved access and site >>