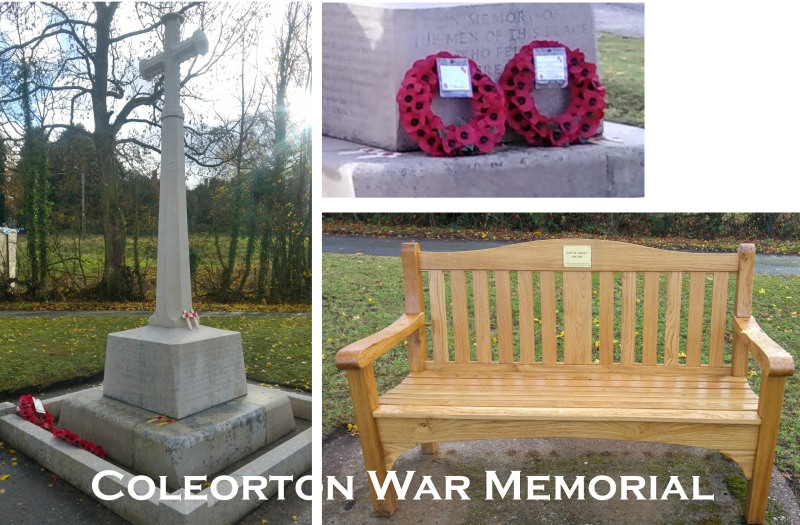 The War memorial is located at the junction of Ashby Road and Farm Town (just up from the school). It was originally erected in September 1922 in front of Coleorton Alms Houses at the junction of the Loughborough Road (A512) and the Rempstone Road. During the 1970s the memorial was hit by a lorry and suffered significant damage. It was taken away to be repaired and was relocated some 3 years later in its current position on the Ashby Road.

A new bench was made in 2018 by the Coleorton and New Lount Volunteer Group and erected for the November 2018 commemoration.

Each year the Parish Council provides two wreaths - one on behalf of the parishioners and the other for the Church.

"Coleorton WW1 Roll of Honour" compiled by Terry Ward of the Heritage Group was published in St Mary's Parish Magazine in December 2018. It is a listing of soldiers from the Coleorton area who served in WW1. These include names not on the Coleorton War memorial for various reasons and also names of those who served and survived. Read more >>

See also page on the Coleorton Parish website about the War Memorial >> with link to a history compiled by John MacDonald.