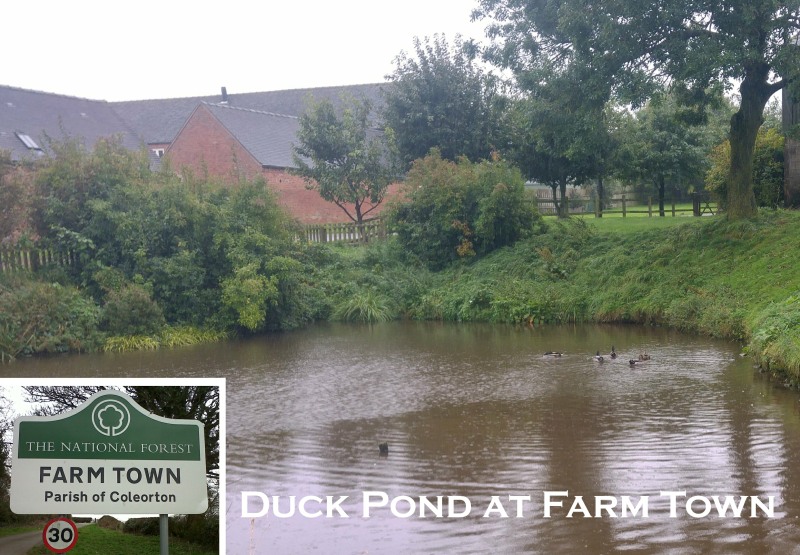 The Duck Pond at Farm Town

To the south west of Coleorton lies the aptly named Farm Town. The land there is somewhat raised with views across to Ashby. It was the site of many ferocious battles in the Civil War. Farms included Pastures Farm operated by the Cull family, West Farm (also known as Top Farm) and Bottom farm (Fovargues). In 2000 Top Farm and outbuildings were developed into 6 residential dwellings. You can see these behind the pond in the photo.

In one of the Fields at Farm Town are the remains of Coleorton Orlit B - an underground bunker - one of many built in the Cold War years of the 1950s & 60s when we all thought nuclear war was inevitable. They were basically secure sites for tracking potential bombers and to detect any actual strikes. More about Orlit Posts in an article by Terry Ward: "Waiting for the Bomb"