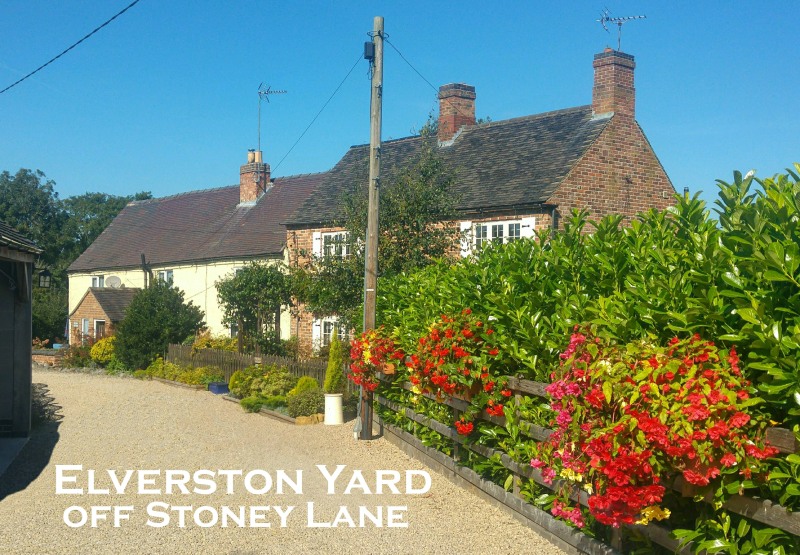 Elverston's Yard is a little lane just off Stoney Lane. If you follow along the footpath across the fields it joins up with Chapel Lane between the two Methodist Churches in Lower Moor Road.

John Elvaston (spellings vary) built a house there in 1650 and owned the freehold. Further farm buildings and cottages were added over the years. Elversons were recorded as living in "Rotten Row" in the 1901 census. The Census records weren't as precise as modern ones. Rotten Row was an area that stretched from the Fishponds on old Ashby Road along Lower Moor Road to the brook so could well include Elverston's Yard.

Elverston's Yard is the site of the "Engine Inn" dating back to the 1700s. It was called Engine after the Newcomen engine used for pumping water from the mines owned by Boultbee.

In the early 1900s Bill Richards worked as a barber and lived in the house now called "The Willows".

Other trades operated from the cottages including hat-making.