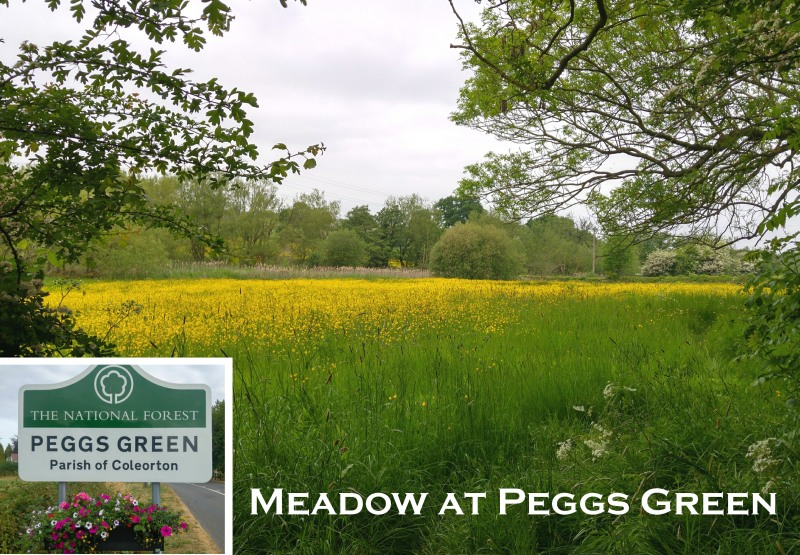 No-one knows the derivation of the name "Peggs Green". A lot of places take the name of a local resident - e.g Preston's Lane named after a blacksmith who had a smithy there. But we haven't uncovered a Mr or Mrs Pegg yet!

Peggs Green lies along the Thringstone fault which brings coal and clay to the surface and for many years was readily mined via bell pits and just digging and was used as a resource for brick and lime making. When coal became valuable for the industrial revolution a colliery was opened here in 1830 and produced good quality coal until 1859.

This lovely meadow probably contained a coal pit for the brick & pipe works in Griffydam.

There are a couple of footpaths crossing the field. The Ivanhoe Way comes down from Nottingham Road behind the School, across the field, over a footbridge which crosses the stream that flows from the Fishpond on Ashby Road and continues across fields up to Rempstone Road.