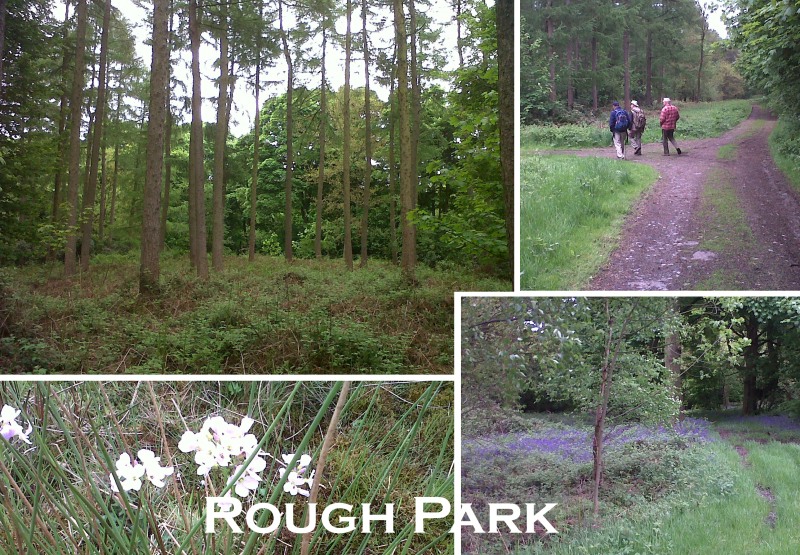 Rough Park is an area of woodland - some newly planted, some old - to the north of Coleorton Hall and west of New Lount Nature Reserve. In the spring it is full of bluebells and other wild flowers. It is the site of some very old coal mining, from at least the 13th century.

There are footpaths from New Lount Nature Reserve and also can be reached via a track running under the A512 from the old Lounge site passing by the back of Hall Farm. Wordsworth and his family once stayed at Hall Farm as guests of George Beaumont. It now houses a number of small businesses. 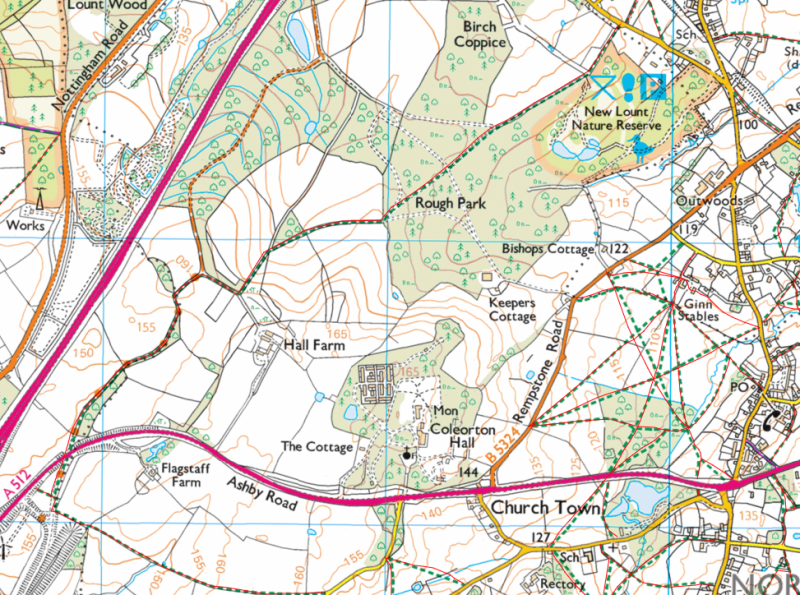