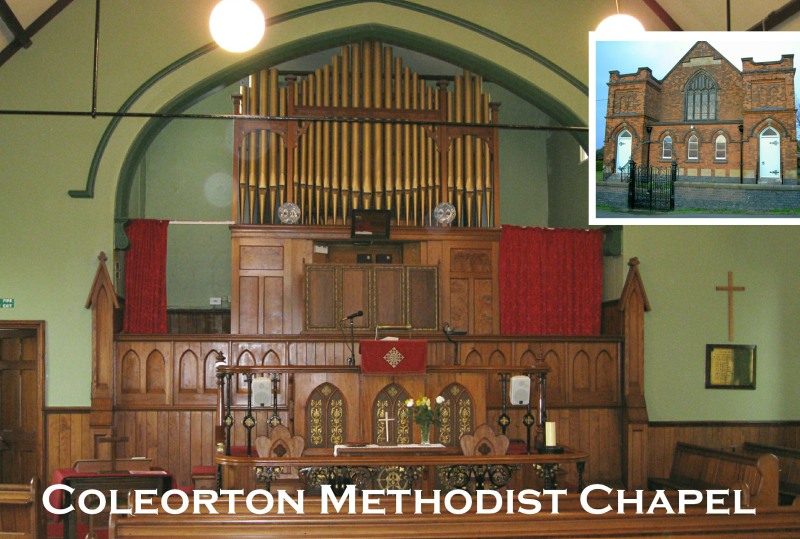 The new Coleorton Primitive Methodist Church was built in 1901, with the earlier chapel just down the road, built in 1839, repurposed as schoolrooms. The new building was largely funded by contributions from the congregation, mostly working people, many miners.

The organ was built by Keats of Sheffield and is thought to have been installed at Coleorton around 1920. It was blown by hand until in 1950 it was electrified. When the church closed in 2011 the organ was sold to a keen organ collector in Germany. A specialist team arrived and dismantled the organ, including the organ seat and wooden screen. It was then taken to Germany where it was rebuilt in the collector's "Winter Garden". Subsequently it was sold to the protestant church in Sindelfingen near Stuttgart.