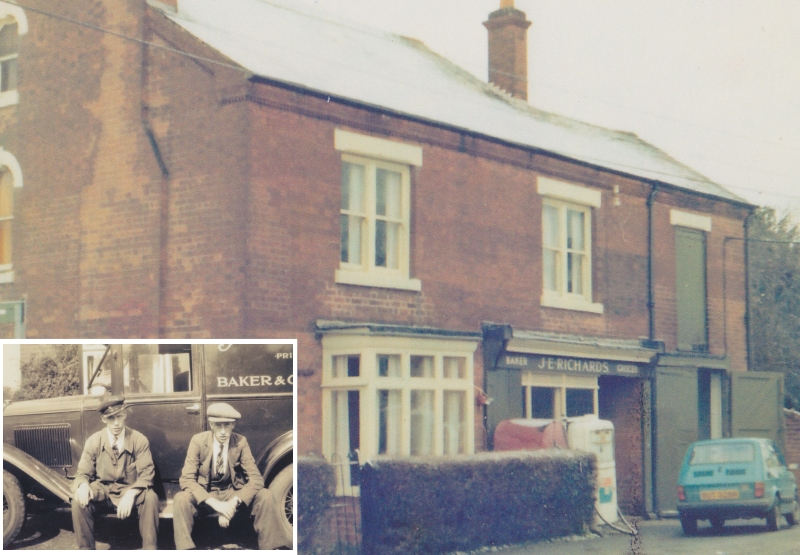 James Richards was recorded as being a Baker in Peggs Green in 1895 but we're not sure where the business was located then.

Later the family ran a bakers and grocery shop from Brooklands which was built around 1910 in School Lane (previously known as Kidgers Lane) in Peggs Green. They also sold petrol as you can see from the pump outside the shop in the picture.

James Richards grandson Enoch and his wife Millie ran the business until the early 1970s. Trevor Stewart recalls buying sweets and liquorice "wood" on his way home from the school. He also remembers cream horns and vanilla slices that were a speciality. The shop had two delivery vans driven by Albert and Jimmy Weston who lived in Zion Hill.

After the bakers closed Brooklands became a residential house. It's the blue-painted house in School Lane.