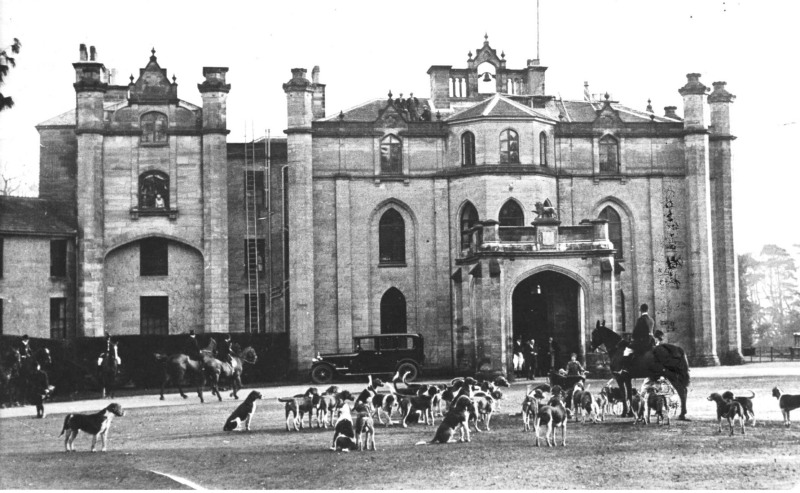 Coleorton Hall is a Grade II listed building owned, built and rebuilt over several centuries by the Beaumont family.

Beaumonts acquired the manor of Coleorton by marriage in 1426. During the Civil War the Hall was destroyed and later rebuilt.

Thomas, Viscount Beaumont (who founded the school) died in 1702 and was the last of his family to reside at Coleorton for a century until, in 1800, Sir George Howland Beaumont moved from their estate at Dunmow in Essex to the dilapidated manor house at Coleorton which he replaced with a new house designed by George Dance. Beaumont was an important patron of the arts, and a skilled amateur painter. Wordsworth, Coleridge, Southey, Scott, Reynolds, Constable, Wilkie were among friends and visitors to Coleorton. Scott began Ivanhoe here, and Constable drew in the grounds. One or two, notably Uvedale Price, helped with laying out the grounds around it. Wordsworth, who in 1806 stayed at Hall Farm, Coleorton, with his sister Dorothy and Coleridge, wrote a number of poems here and with her created the Winter Garden. On his death in 1827 Coleorton Hall passed to Beaumont's cousin Sir G H Willoughby and after his death passed from father to son. During those years it was sometimes let out, but remained an important feature and employer in Coleorton. In 1948 the Hall wassold to the National Coal Board. In 1997 the Hall and surrounding lands were sold by British Coal to a development consortium who created several apartments within the Hall and built a small estate of modern houses in the grounds.

Aerial view of Coleorton Hall as it is today. See also St Mary's Church spire and the Alms House at the junction of Rempstone Road and the A512 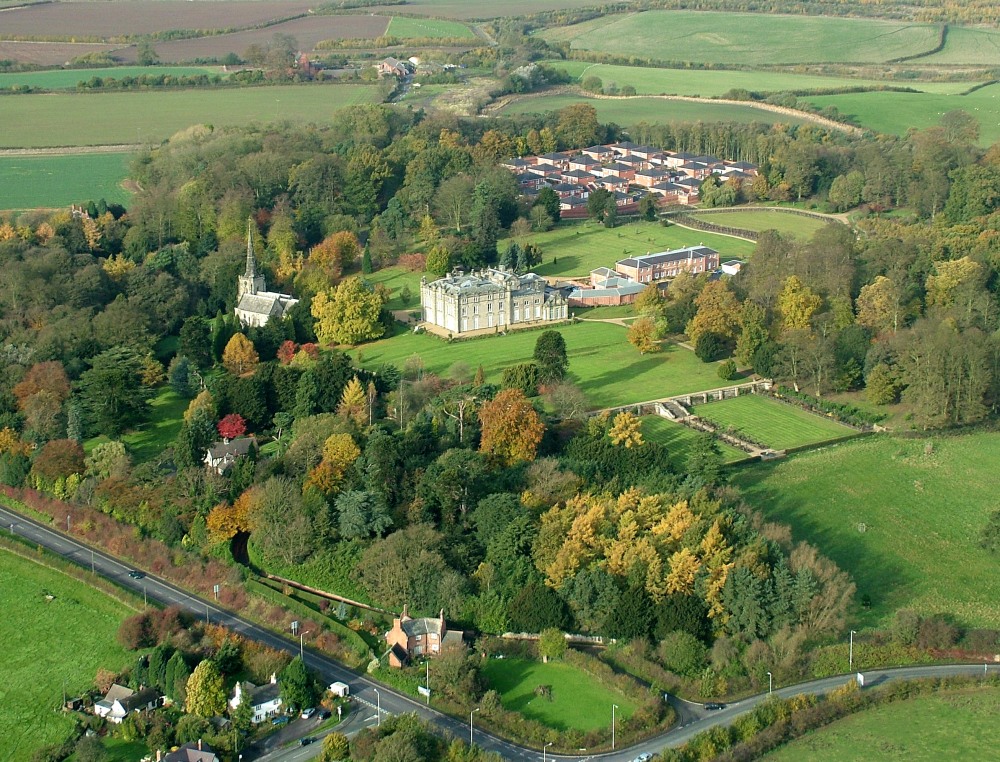