The remains of a bridge which was operational between 1833 and 1872 carrying coal and limestone in horse drawn wagons between Swannington and Newbold on the Coleorton Railway. It crosses Aqueduct Road, originally Aqueduct Lane, once referred to locally as Acadoc lane.

The title might suggest that the bridge carried a canal, but this was not the case. The name probably originates from its use carrying a drain with water from a local mine (part of the Coleorton mining landscape of the 18th and 19th centuries, for which there is evidence in a recently listed site at Smoile Farm) to a brook to the south of Aqueduct Road.

Coleorton Railway was created in, or slightly before, 1833, promoted by Sir George Beaumont, originally surveyed by Sir George Stephenson, but built by the engineer William Dicken. The railway ran from collieries and lime kilns to the north of Rempstone Road carrying material to the Leicester and Swannington Railway to the south. Horses pulled wagons on single track rails about 4ft wide. Short branch lines to the Califat and Calcutta collieries were built to the south in Swannington in the 1850s.

The bridge was demolished in the twentieth century.

Some information from Newbold Heritage Group and S T Stewart's book "A history of Coleorton and the locality".

Below: Aqueduct Bridge as it is today and shortly before demolition in the mid 20th century. 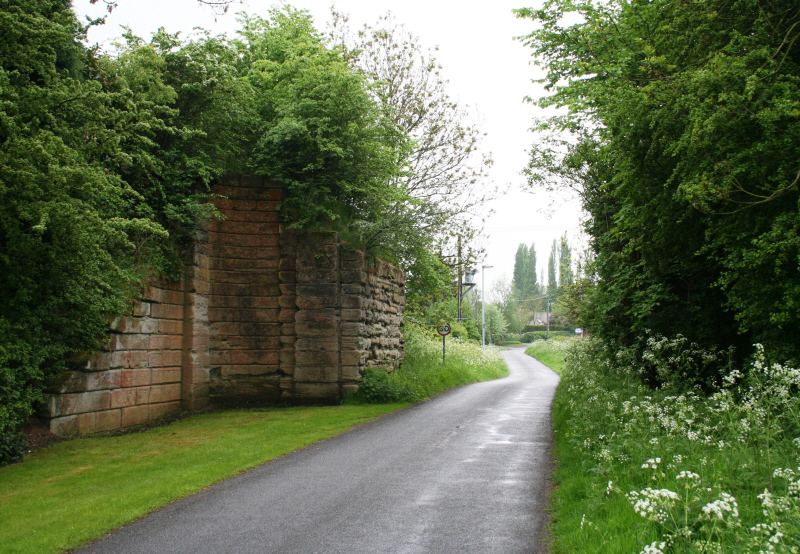 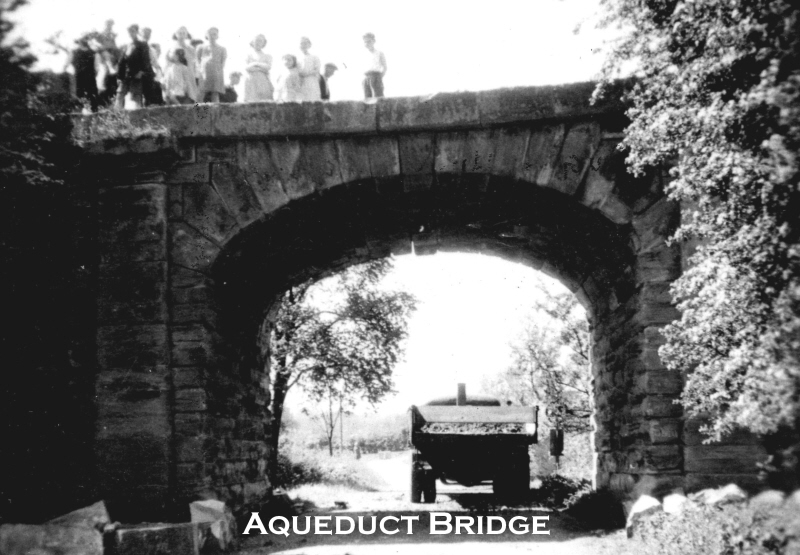