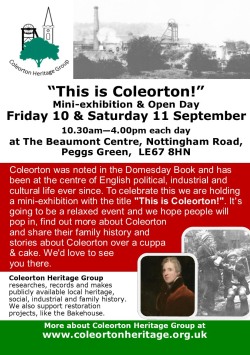 On Friday 10th and Saturday 11th September we held a mini-exhibition and open day with the title "This is Coleorton!"at The Beaumont Centre in Peggs Green.

There was a really good turnout. People from Coleorton, Peggs Green and all around came and some from further afield, revisiting their childhood haunts. We heard memories of dances held in the Beaumont Centre, and one gentleman told us he was playing in the band at the Beaumont Centre and met his future wife there! (They are still happily married!) 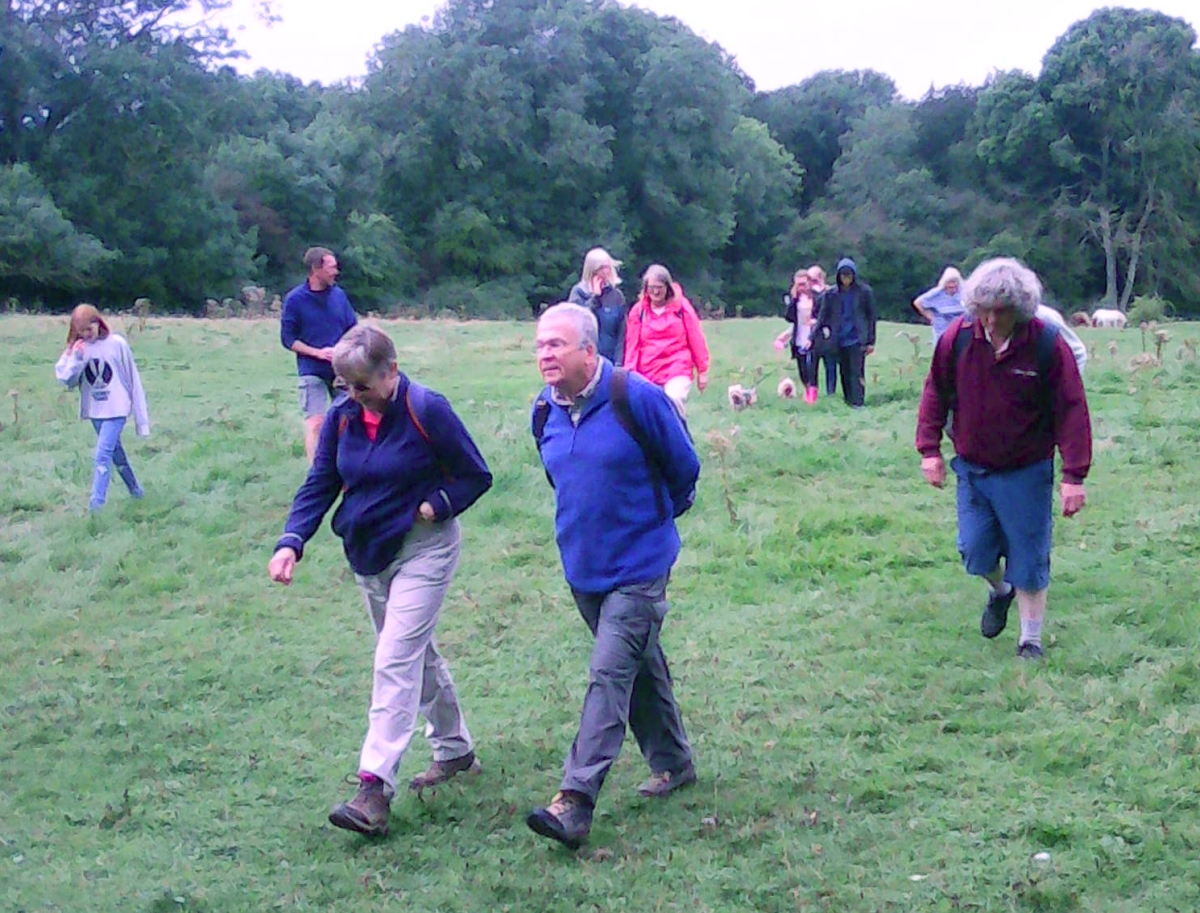 More about walking in Coleorton >>

How Women influenced the Coleorton Beaumonts

Ever wondered how the Beaumont family came to be Lords of the Manor at Coleorton or why since 1702 the Coleorton Beaumonts have been Baronets of Stoughton Grange - not Coleorton?

Find out more about the role of women in shaping Coleorton >>

Can you identify any of these people? 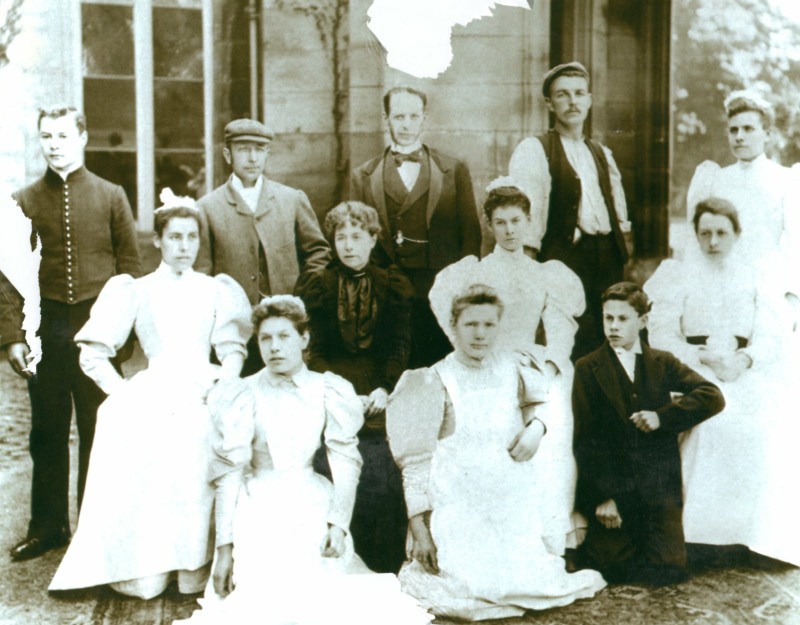 This photo taken outside Coleorton Hall was kindly provided by local resident Vikki McGill. It shows some of the servants and staff of Coleorton Hall dressed in their best, probably around the end of the 1800s. Maybe for Queen Victoria's Jubilee in 1897 or some other occasion. Do you recognise any of the sitters?

To get you started >>

Our active members usually meet every month or so to organise activities and coordinate research.

If you're interested in local history and would like to be involved with our group please contact Sandra - details below - and I'll let you know about the next meeting. These are informal working group meetings.

In the meantime we'd love to hear your stories and together build our knowledge of Coleorton heritage. Call Sandra on 01530 440000 or email enquiries@coleortonheritage.org.uk to let us know you're coming.

The Coleorton 2000 Committee was initiated in 1998 to devise a way of commemorating the new millennium. We developed the Millennium Garden in a plot of land kindly donated by Joan Cull, erected a commemorative sign and organised various associated celebrations and events.

More recently the group has been concerned with researching, recording and making publicly available local heritage, social, industrial and family history. We also support various restoration projects, for example the Bakehouse. So the name was changed to "The Coleorton Heritage Group".

Further information from enquiries@coleortonheritage.org.uk or phone Sandra Dillon (Chair) on 01530 440000

We have launched "the Coleorton Blue Plaque" scheme to commemmorate buildings and sites in the village which have historic significance.

We have brought together some sources of information about social, family and economic history of Coleorton.

Resources and links which you may find useful >>

We publish articles in St Mary's monthly parish magazine, Community Voice and on the Coleorton website.

Read some of the articles >>